A Brief History of the Baptist Church in Verde Valley

On October 3, 1875 a Baptist minister, James C. Bristow, gathered together his family, Indian people, soldiers and neighbors under an old Cottonwood tree and preached a sermon from the Gospel of Mark. This took place in Middle Verde, Arizona. This sermon is recognized by many as the first Baptist sermon to be reached in Arizona, and as the beginning of Baptist work here.

The old Cottonwood tree was struck by lightning and burned during the 1940's. But in 1945 the Old Tree Association was formed, and annual meetings were held each autumn. People from all over the state came to share memories of the Bristow family members and of others who carried on the work in Arizona. The Old Tree Meetings have lapsed for several years now, except for the one held in 1975 to celebrate the 100-year anniversary of Rev. Bristow's sermon.

Camp Verde is the oldest community in the Verde Valley. Located in north central Arizona, it was established in 1865 to protect settlers from Indian raids. This 1880s photo is of General George Crook and other officers in front of the married officer's quarters, Crook was commander of the armed forces in the Arizona Territory.

The Yavapai-Apache Nation, a federally recognized sovereign American Indian nation, is a very active part of the Verde Valley community. The tribe is comprised of descendants of the Wipukyipai (Yavapai) and Dilzhéé (Tonto Apache) people.

Each tribe inhabited the Verde Valley and Prescott area for hundreds of years before their first European contact. The hills, valleys, and canyons hold many sacred places for the tribes and are the beginnings of their heritage and sustainers of their lives. Following contact with Western civilization in mid-1800s, the two tribes had several skirmishes to protect their homeland from these invaders. Eventually, they were subdued by the U.S. Army and put on the Rio Verde reserve in 1871.

On February 25, 1875, they were forced on a 180-mile winter march to the San Carlos reservation. Many died in route. 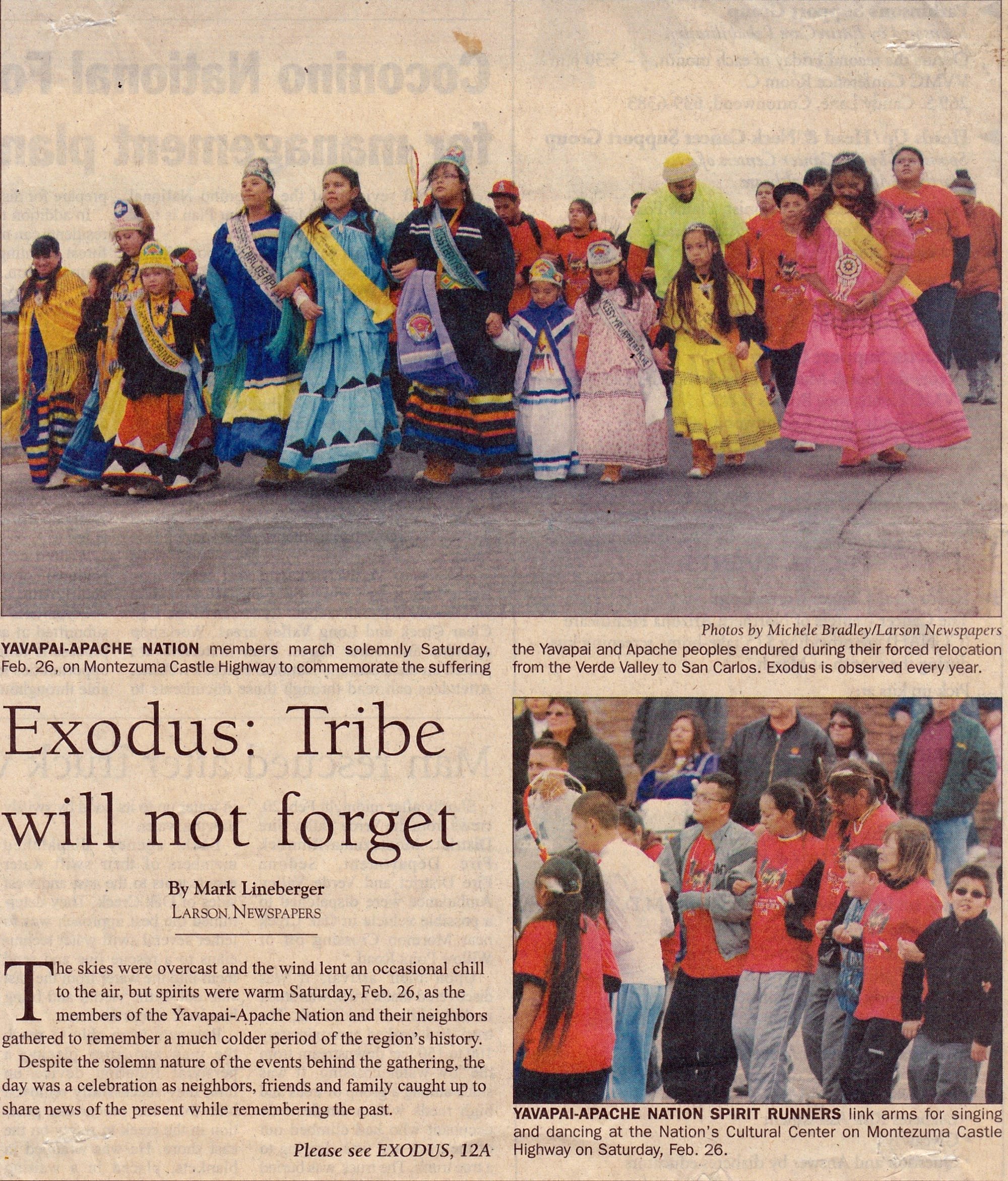 Although Indians have increasingly assimilated over the years into American culture, there is a widely held misperception among Native Americans that Christianity is still the "white man's religion."

"When you first confront a Native American with the claims of Christ on his life, there's a sense of distrust." The Indians did have a religion, but they didn't have Christ. We tell them about Jesus Christ. We simply share with them the way that they can be changed. And that's not through rituals. It's not through anything that man does. But it's all through what God will do for you if you by faith turn to him."

"Some of these youngsters that we minister to, and they get saved, may become missionaries, preachers or lay leaders in their church." That is worth it all."

History of the Middle Verde Church as recorded by Rev. William J. Gordon
THE OLD TREE MEETING
Lending A Hand